What remains in the time of a white dress worn only for a few hours?

The story of who created it, the charm of the woman who wore it, but also the meaning of the encounters, and all the anecdotes that turned these dress into a piece of history.

If the dress of the day of the “yes I do” is important for us mere mortals, let’s imagine for the stars: in their case the wedding dress is not only an affective question, but also a “stigma” for the image, an input for new trends.

Here are those that for us represent the most imitated and discussed wedding dresses ever. Unique dresses, entirely designed for them that fully represented their personality and their era.

After two divorces the American Wallis Simpson marries King Edward VIII in 1937 in a long sheath dress paired with a corset-jacket. The marriage led Edward to abdicate in December 1936. The detail that made history? The zig-zag stitching on the back of the dress, added by the American designer Mainbocher: despite its significance has remained a secret between the designer and the Wallis, it is said that is symbolized a healing from a wound.

When His Majesty marries Prince Philip in 1947, at the age of 21, the nation is still pervaded by the effects of World War II.

Her dress designed by Norman Hartnell is made of satin and it is decorated with 10 thousand white pearls and silver thread, accompanied by a tiara placed by the Queen Mother on a long tulle veil.

The neo-Victorian taffeta dress that Jackie O worn for her wedding with John F. Kennedy in Rhode Island in 1953, was designed by New York designer Ann Lowe: a narrow bodice, a wide, circular skirt decorated with small wax flowers, the all completed by a pair of thin white gloves and a long veil. Jackie remains a widow 10 years later, when JFK was murdered in 1963.

Grace Kelly’s wedding dress is definitely one of the most famous wedding dresses in history. Designed by Metro-Goldwyn-Mayer costume designer Helen Rose, she marks the passage of Hitchcock’s blonde muse to royal life.

An elegant and innovative dress for the time, two overlapping skirts and a Brussels lace bodice that made the silhouette of Grace harmonious and ethereal. Made with about 25 meters of taffeta, it has been embellished with pearls and details in antique pink lace done by 26 tailors who worked for six weeks. To complete the look, a Bible adorned with pearls that Grace chooses to hold in her hands.

In 1954, Audrey Hepburn married the actor Mel Ferrer after acting with him on in Broadway with “Ondine”.

The style icon chose a 1950s-style ballerina dress designed by Pierre Balmain and embellishes her hairstyle with white roses in her hair: a dreamy look. Their marriage lasted 14 years, until December 1968.

When Mia Farrow marries Frank Sinatra in June 1966, in contrast with the hyper-romantic trend of the time, she chooses a white suit composed of a jacket and a skirt.

A choice, even this one, that has made history: the very short hair and the minimal style make this look still incredibly modern.

At the time of marriage Mia is 21 and Sinatra 50. The two get married in just 15 minutes at the Sands Hotel in Las Vegas.

Yoko marries John Lennon in Gibraltar in 1969 wearing a white mini-dress, socks and a white felt hat. Like her, John is also covered in total white, yes, they seem ready for a tennis match!

The “mod” style of Yoko Ono is proof that you can marry even without looking like a meringue.

Speech aside for Diana: her dress is remembered by everyone as the “meringue” dress; but it was 1981 and that dress was the perfect representation of the 80s.

Designed by Elizabeth Emanuel, it has an endless train, a hyper-romantic collar with flounces and large puffed sleeves. On the back is applied a diamond-studded gold horseshoe, as well as a small blue bow sewn at the waist.

It was John Galliano who designed the rose bleached gown that Gwen Stefani wore in September 2002 for her wedding with the rocker Gavin Rossdale in Covent Garden.

Look at it: even today, it is the epitome of the punk-cool style. So much so that after the wedding Gwen donates the dress to the “Victoria & Albert Museum” calling it “a work of art”.

She marries Prince William in Westminster Abbey in 2011.

Kate has chosen a dress that is completely different from that one of Lady D, but very similar to that of Grace Kelly.

It is designed by Sarah Burton, creative director of Alexander McQueen, who creates a dress characterized by a strapless lace-covered corset.

Curiosity: if you look carefully, the lace shows the four symbolic flowers of the United Kingdom: the rose, the narcissus, the thistle and the clover.

Kate completed her look with a Cartier tiara, a loan from Queen Elizabeth.

Keira secretly marries the musician James Righton in Southern France in 2011. Instead of calling his trusty friend Karl (Lagerfeld) to create a custom-made Chanel suit, he simply chooses a suit already hung in his wardrobe – of course, nevertheless signed “Chanel Haute Couture”.

Then he just adds a jacket and a wreath of flowers in his hair.

Kate marries the frontman of The Kills, Jamie Hince in the Cotswolds in July 2011 in a John Galliano suit, perfect for “made in the UK” royal wedding indigestion: a simple but nostalgic dress with a touch of hippie – chic style.

We could have expected that Meghan Markle’s wedding dress would be a topic of discussion. If all eyes were pointed at the first wedding dress, the one signed by Givenchy Haute Couture by Clare Waight Keller, greater attention and interest have been aroused by the look chosen by Meghan for the wedding party.

Stella McCartney’s wedding dress has been made of very light silk crèpe: from the simple and linear cut, it stands out the lacing at the neck emphasizing the geometry of the shoulders. With this outfit, Meghan Markle has decreed the return of the wedding dress with an American neckline.

In combination, he chose a pair of décolleté by Acquazzura and the aquamarine ring, the last belonged to Lady D.

An intimate and elegant Wedding on Lake Como 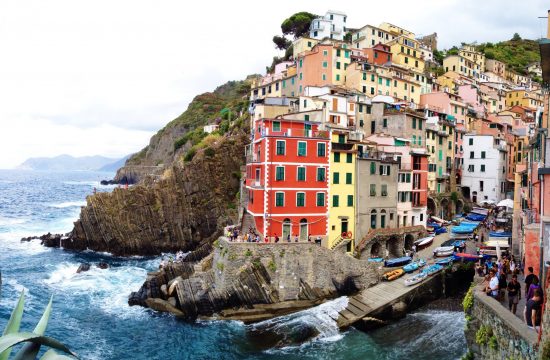