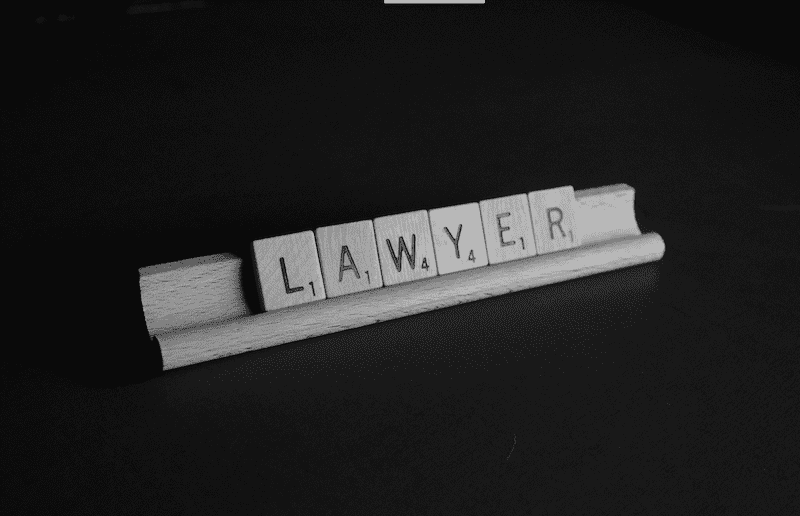 Legal Marriage in Italy for Foreigners

Are you seeking information for a legal civil wedding in Italy?

Well, we are the Italian Wedding planner you are searching for!

You are searching a lot online, and you are getting nowhere? And maybe you heard about a so-called nulla osta?

And yes, maybe you are pretty in the ballpark!

So let’s see what do you exactly need to get married in Italy today!

What is the “nulla osta”?

It is a document issued by your Consulate in Italy that states that there are no impediments to your marriage on Italian soil regarding the law of your country of provenance.

This authorization must contain the following data:

The indication that there are no impediments to marriage according to the laws of the country of origin;

Place and date of birth;

the generality of the father;

the generality of the mother;

For the divorced or widowed woman less than 300 days, the authorization of the Court (art.116 and 89 of the Civil Code) is required.

The divorced woman must still contact the Municipality to determine whether or not she needs the Court’s authorization.

Please Note: if the authorization does not include the particulars of the parents, the birth certificate must be presented.

Likewise, marrying couples, in the cases provided for by article 52 of Presidential Decree 396/2000 (when an impediment for which authorization was granted by the Italian Court, in accordance with the provisions of civil code, one of the spouses must present a copy of the relative measure or in case the future bride is a widow or a woman against whom has been declared the cancellation, dissolution or termination of the civil effects of the previous marriage) may submit a copy of the marriage authorization provision granted by the Italian Court in the presence of an impediment at the request for banns of marriage or send it subsequently by ordinary mail to the town hall official.

However, consider that there could be a specific Convention signed by your country and the Italian government for each country.

Alternatively, it could be possible that your country of provenance signed a specific convention with the Italian government.

Where can I obtain the Nulla Osta?

The authorization is issued by the competent authority of one’s country of origin in Italy (your Italian Consulate in Italy).

The authorization is issued by the Consulate or the foreign Embassy in Italy. Most of the time, it is already drawn up in Italian. Then, it must be legalized by the competent Italian Prefecture.

1. Local Authority in the country of origin:

The nulla osta, if issued in the language of the country of origin, must be duly translated into Italian and legalized by the Italian Embassy or Consulate, except if specific Conventions eliminate this requirement.

1. Diplomatic or Consular Authority in Italy:

Therefore your wedding planner in Italy will be able to withdrawal your Nulla Osta on your behalf when the procedure in completed.

The Nulla Osta is issued by the Consulate or the foreign Embassy in Italy.

Most of the time, it is already drawn up in Italian. Then, it must be legalized by the competent Italian Prefecture.

*Please note that the procedure that concerns the request of nulla osta may change concerning Convention applicable. Therefore, your wedding planner in Italy should check to which Convention your country belongs and then see the proper procedure.

In some cases, you need a nulla osta. In other cases, you would need a certificate of marriage capacity (Munich Convention).

Citizens of AUSTRIA, GERMANY, LUXEMBOURG, NETHERLANDS, PORTUGAL, SPAIN, SWITZERLAND, TURKEY, the REPUBLIC OF MOLDOVA adhering to the Munich Convention of 05/09/1980, must produce the “Certificate of marriage capacity” issued by the office of the Marital status of the Municipality of residence (belonging) in the country of origin (exempt from legalization).

As specified in the Ministry of the Interior circular dated 21/01/2005 n. 4, this certificate is not subject to any legalization and translation. Therefore, it is sufficient certification to proceed with the publications and subsequent marriage of a foreigner, citizen of one of the countries adhering to the Convention.

The London Convention of 7 June 1968, to which most European countries adhered, abolished the legalization of documents drawn up by diplomatic or consular representatives for the following countries:

According to the Brussels Convention of 25 May 1987, ratified by Italy with Law 106 of 24 April 1990, any form of legalization or any other equivalent or similar formality has been abolished between Belgium, Denmark, France, Ireland, Italy if the documents must be exhibited at the consular representations of Belgium, Denmark, France, Ireland, and Italy operating in the territory of a State that has not ratified the Convention mentioned above.

Although adhering to the Brussels Convention, the legalization, consular, or apostille regime remains valid for the other EU states if they adhere to the Hague Convention of 5 October 1961.

Finally, it must be borne in mind that bilateral agreements provide an exemption from legalization for certain types of documents that should be examined individually by consulting the ITRA database available on the Ministry of Foreign Affairs website.

Rules that concern the marriage of US citizens in Italy require a sworn declaration made before the Consul of the United States of America in Italy, showing that, according to the laws to which he is subject in the United States, there is no impediment to the marriage he intends to contract in Italy. The Consul’s signature must be legalized at the Prefecture;

deed of notoriety (which must also indicate that the citizen can marry according to the law of the country of origin) drawn up before the competent Italian Authority: Italian Consul abroad, Court of Florence, Notary.

Rules that concern the marriage of Australian citizens in Italy require a sworn declaration made in front of the Consul of Australia in Italy, showing that, following the laws he is subject to in Australia, there is no impediment to the marriage he intends to contract in Italy. The Consul’s signature must be legalized at the Prefecture;

deed of notoriety (which must also indicate that the citizen can marry according to the law of the country of origin) drawn up before the competent Italian Authority (Italian Consul abroad), with four witnesses.

Citizens of Austrian, Swiss, and German nationality must produce the certificate of marriage capacity issued by the Civil Status Office of the Municipality of residence (belonging) in the State of origin (exempt from legalization).

Spanish, Portuguese, Turkish, and Luxembourg citizens must produce the marriage capacity certificate (inquire at the respective Consulate about the competent Authority for issuing it).

Norwegian citizens must apply for clearance directly to the Registry of the Municipality of residence in Norway. The CLEARANCE will be issued, complete with Apostille, in Italian or Norwegian with translation carried out by a sworn translator in Norway (Circ. 65/2004).

– did not have a residence in Poland

– left Poland before the age of 16 and permanently resides abroad

Brazilian citizens: submit a declaration for marriage in Italy, issued by their consular authorities under the model agreed by our Ministry AA.EE. and by the Embassy of Brazil (Circ. 1/2009)

Swedish citizens: residents of SWEDEN must apply for the permit from the Registry of the Municipality of residence in Sweden, which issues it in Swedish with translation carried out by a sworn translator who will certify the conformity to the original;

if resident in ITALY, they must request clearance from the Swedish Diplomatic Authority (Circ. 2/2010)

Slovak citizens: a CERTIFICATE certifying the absence of impediments to marriage issued by the Embassy of the Slovak Republic of ROME replaces the nulla osta (Article 116 of the Civil Code) (Circ. 29/2011).

BRITISH RESIDENTS in WALES and ENGLAND, who intend to marry an Irish citizen in Italy or BRITISH RESIDENTS in a THIRD COUNTRY (circ. 10/2015), can present the usual NULLA OSTA (art.116 Italian civil code) issued by the consular Authority or the certificate of non-impediment and the bilingual affidavit made by a British lawyer or notary.

The UK citizen has the right to choose:

Publish in the United Kingdom according to the procedure provided for by the ministerial circular 6/2013 (attached) and obtain a “Certificate of non-impediment,” issued by the local authority of the country of origin, and a “Bilingual sworn declaration” issued by (s) concerned with a British lawyer or notary. This certificate of non-impediment, apostilled and duly translated, will be presented, together with the bilingual sworn declaration, legalized, to the competent civil status office to celebrate the marriage.

contact the UK Consulate in Italy to obtain consular clearance

Filandesi citizens: the Nulla osta for Finnish citizens who intend to marry in Italy is issued by their local Authority and complies with the model attached to Circular 1/2014;

Danish citizens: The Nulla Osta, equipped with an Apostille, will be issued by the Registry of the Municipality of residence in Denmark in Danish, English, and German with translation into Italian by a sworn translator in Denmark. The certificate is valid for four months. (facsimile attached to Circ. 18/2014);

Mexican citizens: from 14.05.2015, the new certificate of “Constancia de inexistencia de Registro” is a relevant document for celebrating the marriage of Mexican citizens in Italy (Circ. 11/2015).

In Italy, there is no Syrian diplomatic authority. The reference is the Syrian Embassy in Vienna. This will be the diplomatic Authority responsible for issuing the authorization to marry the Syrian citizen who intends to marry in Italy (Circ. 3/2014)

Pay attention to the legalization of the document! The Austrian Ministry of Foreign Affairs must legalize the signature of the Syrian Embassy official, and this signature will, in turn, be legalized by the Italian Consulate in Vienna.

Only in this way can the document be implemented in Italy.

Please note that marriage banns are required if one of the foreigner’s future spouses is resident or domiciled in Italy.

Suppose the spouses are both foreigners, neither resident nor domiciled in Italy, instead of requesting the marriage banns. In that case, according to art, they must sign a report that declares no impediments to kinship, affinity, adoption or affiliation, or other impediments between them. 85, 86, 87, and 88 of the Civil Code.

The sworn declaration is signed after making an appointment with the Civil Status Office, usually not more than three days before the wedding day, presenting the necessary documents.

Suppose the foreign citizen does not know the Italian language perfectly. In that case, he/she must be assisted by a consecutive interpreter, both at the request for publications (or during the sworn declaration) and during the wedding celebration. 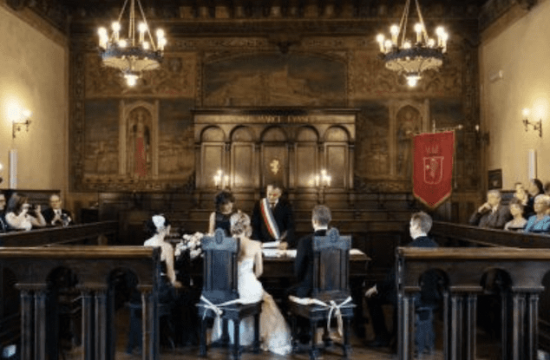 How to get Italian Citizenship by Marriage 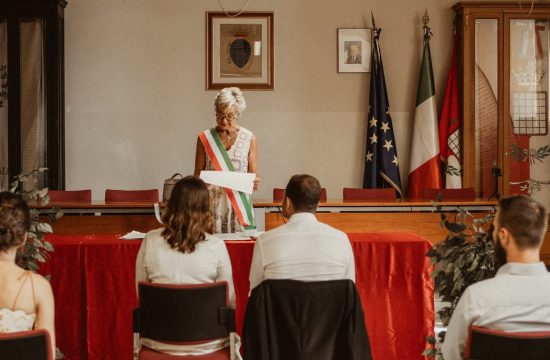 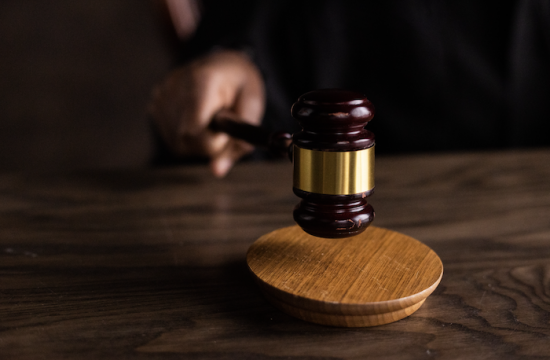 How to get married in Italy without the Nulla Osta.